‘Good luck on wrong side of Manchester!’ – Solskjaer wishes Haaland well at City

Ole Gunnar Solskjaer offered his support to Erling Haaland after his compatriot joined Manchester City, though the Manchester United great told the striker he has joined “the wrong side of Manchester”.

Old Trafford favourite Solskjaer spent the majority of his career with United, before taking his first role in senior management as the coach of Molde in 2011.

But it was not until a second spell in Norway with Molde for Solskjaer that he crossed paths with Haaland, managing the youngster for two years before returning to coach United in 2018.

Haaland subsequently earned a move to RB Salzburg, where he thrived before joining Borussia Dortmund, who beat away interest from United to sign the Norway striker.

The draw of Solskjaer was not enough to convince Haaland to choose United over Dortmund, where he scored 86 goals in 89 appearances in all competitions during his two-and-a-half-year spell.

That tally was bettered by only Robert Lewandowski (123 in 108 games) and Kylian Mbappe (93 in 111 games) of players from Europe’s top five leagues across that time period.

City swooped in to sign Haaland earlier this year and Pep Guardiola’s new arrival revealed Solskjaer was quickly in contact.

“When I signed with City he congratulated me and wrote to me ‘good luck on going to the wrong side of Manchester’,” Haaland told the Manchester Evening News.

“We talk sometimes. As you know, he had a huge impact on my career when I was at Molde. He’s a good guy.” 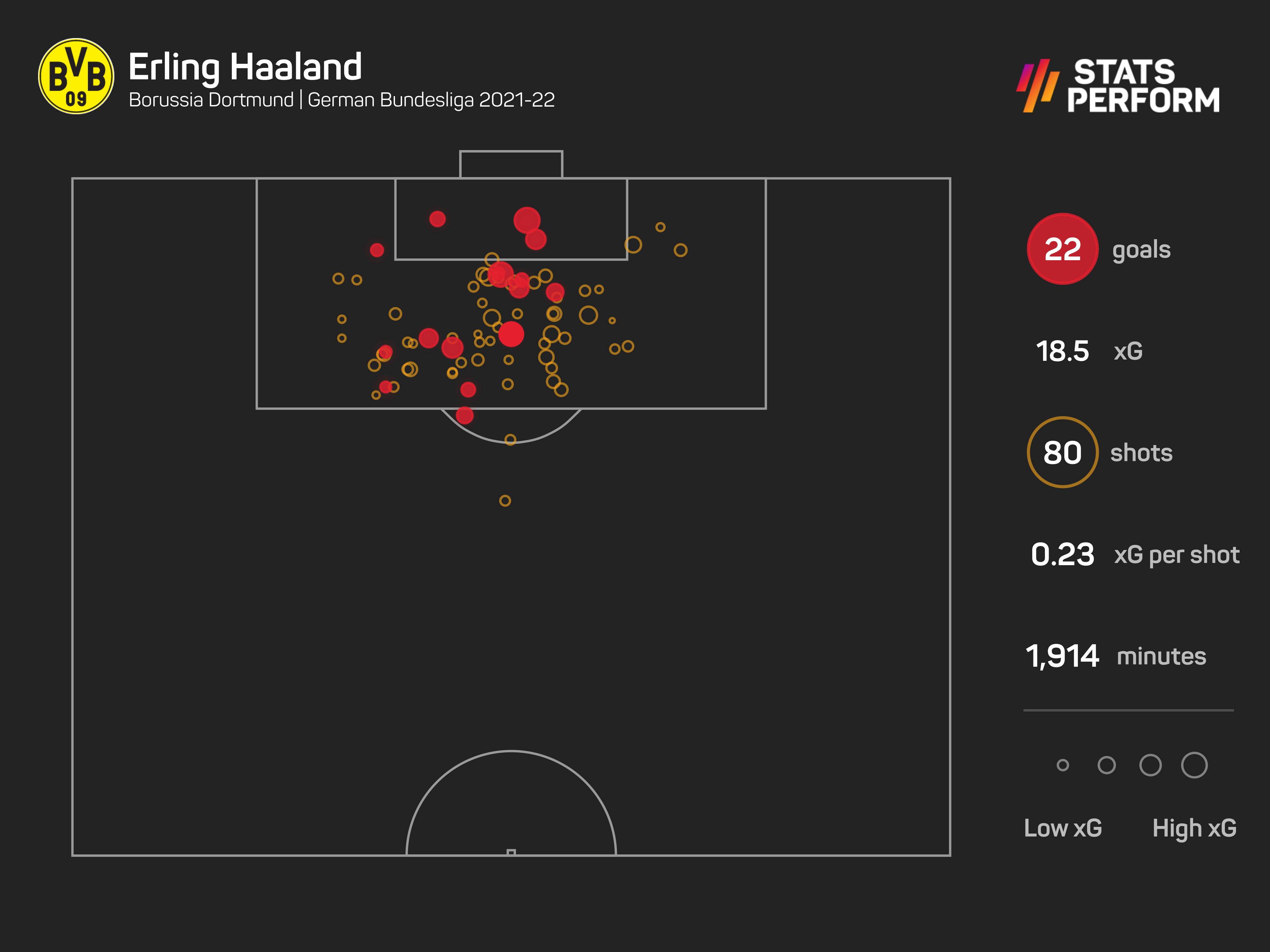 Haaland moves to the Etihad Stadium with significant expectations on him, none less so than to fill the void left when Sergio Aguero left City in 2021.

The 21-year-old may contrast the diminutive figure of Aguero with his tall stature, but Haaland’s finishing is no different, with the Norway international scoring a goal every 3.6 attempts last season in all competitions and converting 65.8 per cent of his big chances.

“Three years ago City didn’t want me because they had [Sergio] Aguero up front so then there was no choice about coming to Man City,” he added.

“Basically, my feeling was I felt more going to the other place than coming here to England. I could have come here a lot of times in my career but I felt the other place and I think it was a really good choice.

“I have made perfect choices ever since I went to Molde, then Salzburg and Dortmund. I’m not complaining about that.”

Haaland will hope to get his first taste of Premier League action when City open their campaign at West Ham on August 7.